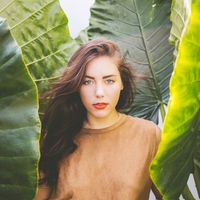 Photographers scour the globe for inspiration, whether hoping to document the sensory experience of a bustling and chaotic market or the perception-altering feeling only a rarely traversed mountain-top trail can bring. One quality most travel photographers share is the thirst for adventure, as many great images take work to cultivate. After all, a lasting image is something worth working for. In the year ahead, find inspiration in the following destinations. Whether you seek to glacier walk in Alaska or dive into the depths of the Amazon jungle, here, an adventure for you.

Chile is the land of contrast: No other country offers such geographic diversity as this South American destination. Beginning from the top, venture to San Pedro de Atacama for a high desert altiplano full of miraged landscape views and ethereal sunsets. The altiplano is home to spewing geysers, flamingos resting on the shores of lakes, and rolling hills of sand that extend as far as the eye can see. Moving down, Valparaíso is a bohemian, seaside port town full of charm and ease. Visit this locale to view street art murals and walk spiraling, cobblestoned streets that the late Chilean poet Pablo Neruda once strolled. Venture to Chile's cosmopolitan epicenter of Santiago for a view of the country's metropolis. Leave the city behind for Patagonia, home to Chile's Torres del Paine National Park. Here, find guanacos resting on hills and turquoise lakes set just beneath towering peaks.

Why Photographers Will Love Chile: As the land of contrast, photographers will find an array of landscapes to document. In the desert, images will showcase a mirage-like quality; In the port towns, culture will come alive; And in the rugged wilds of Patagonia, monumentality will abound.

When planes near Alaska, the views immediately capture the photographer's heart. Mountains sweep the landscape, and it almost appears as if the land would be too inhospitable to cultivate settlements. But the tough Alaskans endure in an area where caribou, grizzly bears, Dall sheep, wolves, and moose roam in abundance. Upon arrival, venture to the seaside, temperate rainforest of Juneau, Alaska. In the town's balmy, chill climate, you can easily dine at a James Beard Chef's table by morning, later glacier-walking by afternoon. There's simply no end to adventure in America's most northern state. Begin a photographic adventure during a helicopter flight over the Juneau Ice Field, home to over 40 large valley glaciers and 100 smaller ones, including the popular - Mendenhall Glacier and the Taku Glacier. Walk carefully on the slopes as you document the contrast of elemental ice and towering mountains. If you're lucky, you will even spot a Dall sheep roaming the mountainside.

Why Photographers Will Love Southeast Alaska: Alaska's scenery is so beautiful, almost any camera gear will capture the area's beauty. One factor to keep in mind is scale. Alaska is so vast, so huge, that a person, animal or other reference point is often needed in an image to truly capture the monumentality of the landscape.

The pace of Morocco alone will fascinate the eager traveler. The chaotic hum of markets set underneath the backdrop of mountains creates an Old World feeling of times past. Beginning in Casablanca, view the Hassan II Mosque, a monumentally beautiful structure set on the seaside. Venture north to Chefchaouen to see Morocco's famed blue city. Here, walk the cobblestoned streets of this historic city and peer in storefronts painted every shade of blue imaginable. Venture to the High Atlas Mountains for a look into Morocco's Bedouin culture. Stay with local families to dine on traditional meals, and you can even opt to summit Mount Toubkal while in the area. After working up a sweat, retreat to seaside Essaouira for a laid-back surf village in the heart of Morocco. Enjoy late night tea sessions, early morning surf breaks, and lazy afternoons enjoying the open-air cafes lining the city's streets. End in Marrakech for a rumbling merge of markets and luxurious riad accommodation.

Why Photographers Will Love Morocco: Morocco is a clash of old in new in the most beautiful mix of colors, sights, and smells. Photographers will enjoy photographing the spices and dyes along the market alleys, contrasting with the verdant mountainside of the High Atlas Mountains. The vibrant Bedouin culture will come alive in mountain-top towns like Imlil.

The Amazon is a snaking river of mystery and an adventure photographer's oasis, as the legends rival reality of this immense, never-ending jungle landscape. The Peruvian Amazon is perhaps the most accessible: Opt to explore the area with Delfin Amazon Cruises to take skiff rides into the jungle canopy to spot animals like three-toed sloths, parrots, macaws, and Capuchin monkeys. At night, enjoy rides to spot the illustrious caiman. Spotted only by the sparkle of their eyes in the black night, guides will lead the adventurous near the shore where the caimans rest ever so anxiously. Stay on the ready to document the caimans as boats near, as the creatures are known for swift movements as they seek to enter the wide-open river in a moment's notice.

Why Photographers Will Love the Peruvian Amazon: The Amazon holds rare species and abundant plant life, prompting its nickname as the world's pharmacy. The Amazon will require an extended telephoto lens to properly capture the smaller of species that hide in trees like the Pygmy Marmoset, and while walking the jungle floor, it's important to keep an eye out for the slithering anacondas that flourish in the area, which would require a much smaller, fixed lens. Keep two camera bodies ready with each lens, as the animals of the Amazon are known for being extremely agile, and it's best to be on constant ready to document them when they do appear.

There is simply no other landscape quite like Antarctica. Once a photographer ventures here, they will be forever changed, as the images show a land that's so vast, so monumental, it will forever change the photographer's eye. Penguins serve as a constant scale on the large landscape, as they march in the hundreds of thousands on slippery, ice-covered slopes of the Antarctic Peninsula. Opt to explore the area by ship with Intrepid Travel to navigate through seldom-traversed ice islands. Take daily zodiac rides to become intimately acquainted with the abounding mountains, which often create mirrored images in Antarctica's black Southern Ocean.

Why Photographers Will Love Antarctica: Antarctica's landscape speaks for itself: The sheer magnitude of it all is sure to create outstanding images for the adventure photographer to share for years to come. While preparing for an Antarctic voyage, be sure to pack a UV Filter. This will aid in the ability for photographers to capture the mirrored images the mountains, glaciers, and icebergs reflect in the Southern Ocean.

Discover 5 Destinations Every Adventurous Photographer Should Visit in 2017.