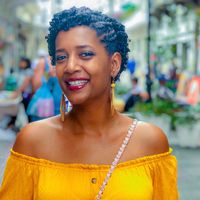 The Dominican Republic is a stunning destination with one of the most diverse landscapes and tourism offerings in the Caribbean. It’s also known for being one of the most hospitable. Over the past five years, it has steadily ranked as the most visited country in the region, attracting over 6 million people annually.

If you take the normal precautions you would anywhere in the Caribbean, and follow the advice and tips we give in this article, then you will have no problem staying safe in the Dominican Republic.

The DR has a democratic government and President Danilo Medina has been ruling the country for the last eight years. A presidential general election is scheduled for May 17, 2020, and there is much anticipation and light political tension among Dominicans and in the government to see who will lead the DR after Medina. There should be no major disruptions, but as with any major election around the world, keep an eye on the news in May 2020, and stay informed through the State Department’s frequently updated travel advisories.

The Dominican Republic has had a stable government for the past decade, with no major unrest. This calm political landscape has allowed the country to attract a significant number of international investors and major brands in tourism, including hotel and resort chains such as the JW Marriott and Embassy Suites, and upcoming properties by the Four Seasons and Ritz Carlton. The country now receives up around 6 million visitors a year.

While there have been local, peaceful marches over the last two years over general government discontent, particularly in protest over the Odebrecht corruption scandal, day to day life has been relatively calm. The situation in neighboring Haiti, however, is quite different. There were frequent, violent protests in 2019 as Haitians demand the resignation of their current president, Jovenel Moise, over a corruption scandal. It is wise to keep an eye on Haitian affairs as you plan your trip to the DR, but in general, the Haitian situation has never escalated violently beyond its borders or spilled into the DR. The Dominican Republic often sends help to Haiti in times of volatility and doubles its border security for extra vigilance.

The Dominican Republic is a very safe destination for tourists. The State Department’s current Travel Advisory remains at Level 2, or increased caution due to crime—this is the same level as destinations such as the U.K., Denmark, Germany, and Jamaica, among many others. The advisory remained the same after the recent, unfortunate incidents at a couple of resorts in Punta Cana and La Romana in May 2019. The U.S. Embassy in the Dominican Republic and the FBI confirmed that the number of deaths was not out of the ordinary for the DR or for a similar major tourist destination, and that those deaths were of natural causes.

The country’s main tourist sights are safe and its most visited regions, including Punta Cana, Santo Domingo’s Colonial City, Bayahibe/Dominicus, Samana Peninsula, and Puerto Plata are generally tourist incident-free, particularly where there are numerous hotels and resorts and in surrounding areas. Even if you venture into the countryside, it is extremely rare that something will happen to a tourist. Dominicans are generally a very welcoming, warm people. As with anywhere in the world, use your common sense—don’t befriend strangers who try to follow you around as soon as you meet them, and don’t flash valuables.

Violent crimes against tourists are extremely rare. There have been zero terrorism incidents in the DR so far, and gun violence is unheard of in tourist areas or in the commercial center of big cities. Stay away from anyone trying to sell you drugs or other substances on the beach.

Aside from staying up to date on the areas you’re visiting, safety is common sense: don’t wander at night solo, wear cross body bags in big cities, and carry only the cash you need for the day in small change and in Dominican pesos if possible. Avoid waving around your expensive phones and jewelry in the street; you are in a developing country where people make very little every month, so be sensitive and safe at the same time.

As in countries all over the world, there are petty thieves and scammers who look out for the perfect opportunity to trick or rob naive tourists and locals. While this is not as common as in other parts of the Caribbean, you’ll want to always stay alert to your surroundings, particularly in crowded areas or on shared public transport. Leave high value items at home such as jewelry, carry small bills in the local currency, and lock up any of your electronics, money and passports in the hotel safe or locked up in your own luggage. The more valuable items you expose, the more you are at risk of attracting the wrong kind of attention.

Medical services in the DR’s larger cities and towns are widely available, but the best are private hospitals, clinics, and medical centers located in Santo Domingo, Punta Cana, Santiago, and Puerto Plata, among others. Avoid public hospitals. One of the best private hospitals in the country is in Punta Cana: the Centro Medico Punta Cana, which recently became the first hospital in the Dominican Republic to have earned an international Gold Qmentum Accreditation from Canada, earned after a 2-year rigorous evaluation for its excellence in patient care and safety,

Note that private facilities are different from public hospitals; be sure to specify that you’d like the former if you need a consultation or emergency care.

Pharmacies are ubiquitous wherever you visit in the country, from big to small towns, cities and tourist areas. Bring your own first aid kit as a precaution, as well as your favorite painkillers and stomach pain relievers, even if you can easily find the equivalents here.

Common ailments might include light stomach pains if you mistakenly drink the tap water or consume poorly washed salads or raw vegetables; sunburn, as tourists often underestimate tropical weather; and mosquito bites. The latter is most common during the summer when there is more rain.

Being a tropical destination, there have been instances of zika and dengue in the past—while there have been no reported incidents recently, it’s always safer to bring and apply insect repellent with deet, particularly when hiking, as well as plenty of sunscreen.

There are no mandatory vaccinations required for travelers in the Dominican Republic. It’s always a good idea, however, to stay up to date on your basic measles, mumps and rubella shots.

Women Traveling to the Dominican Republic

Like much of the Caribbean, it is common in the Dominican Republic for women, whether tourists or locals, to be subject to catcalling and occasionally suggestive comments as they venture down the streets, particularly in the big cities. It is rarely aggressive and you’ll find that the comments are often blurted out in jest. That’s not to say that you should stop and have a chat with strangers. Ignore the comments and keep walking. If it’s a compliment you receive while in a store or other location, simply thank them and move on. Don’t smile too much or be too friendly—do as the local women do, which is to ignore and move on.

Men Traveling to the Dominican Republic

While safety advice is often shared for women heading to the Caribbean, it’s important to point out that men can also benefit from tips when it comes to traveling solo to the DR. Beware of “damsels in distress” who ask for your help at random, or who approach you in nightclubs, bars, and other similar venues. Men have been known to get scammed or robbed in their rooms as they fall asleep, particularly in certain prostitution-heavy towns. If you’re going to frequent strip clubs in the capital, you’re also asking for trouble; don’t go alone and take a local friend, even if it’s your taxi driver.