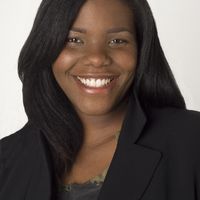 When it comes to celebrating the founding of the United States, Columbus, Ohio, and other small towns in central Ohio do so with gusto. From the Red, White, and BOOM! event in Columbus to the Worthington Family Picnic, you'll find plenty of family-friendly celebrations, free concerts, and local firework displays to light up your Fourth of July weekend this year.

Many of these events have been altered or canceled in 2020. Check the websites of the organizers for more information.

This event has been canceled for 2020 and instead, the city will host a four-day televised event looking back on past parades.

Known as the Midwest's largest fireworks display, Red, White & BOOM! typically brings upwards of 400,000 people to Columbus each year to celebrate Independence Day on July 3. Attendants can expect food, music, a parade, family activities, and more, and fireworks to start at 10 p.m. Other features of the Red, White, and BOOM! event includes a Charity Day 5K on July 2 and sound stages in Bicentennial Park and on Long Street at the corner of Hanover Street.

This event has been canceled for 2020 and instead, fireworks from a previous year will be broadcast following a virtual celebration.

Usually, the city of Bexley celebrates the Fourth of July with a full day of activities, events, and entertainment for the whole family. The day kicks off with the John Barr 5K at 8 a.m. and continues with the 2.8-mile-long Bexley Parade at 9:30. The parade starts at Maryland Avenue and Remington Roads and ends at Fair Avenue and Cassingham and features floats created by local residents and businesses.

In the evening, you can gather at the Capital University's front lawn for a community celebration featuring family activities, local food vendors, and live musical performances starting at 6 p.m. Then, enjoy the fireworks display starting at 10 p.m. from one of the several viewing centers around Capital University's Campus Center to end your night.

On July 4, the city of Clintonville (just seven miles north of Columbus) usually hosts a full day of Independence Day events and activities, starting with the 4 on the 4th Run, a four-mile run through the town's central park and historic streets.

At 9:45 a.m., kids and pets of all ages walk or ride in the Pet Pary and Bike Parade, and at 11 a.m. to 3 p.m., kids under 16 can fish in a pond stocked with catfish, bluegill, bass, and more for the Fishing Derby, where the biggest catch gets an award.

Starting at 3 p.m., guests can visit local food vendors for an afternoon picnic, and from 6 to 10 p.m., live music will accompany family-friendly activities held by National Event Productions. Be sure to stick around the park for fireworks, which starts at 10 p.m.

The main fireworks show has been canceled for 2020, but the Central Ohio Symphony is still scheduled to perform with a small fireworks display afterward. Check the event page for details.

Located about 30 miles north of Columbus, the small town of Delaware, Ohio, typically hosts its own series of events in honor of Independence Day each year. On July, 4, join the community of Delaware at the Delaware County Fairgrounds from 3 to 5 p.m. for the annual Citizens for the Fourth Parade, which features floats from local businesses and residents of Delaware.

At 7:30 p.m. on July 4, 2020, Musicians from the Central Ohio Symphony will perform music from the stage and film as well as the 1812 Overture (complete with theater cannon blasts) in Philips Glen, behind Gray Chapel, and at 10 p.m., catch a 30-minute fireworks display from Henry Street or from on the Ohio Wesleyan University athletic fields.

This event has been canceled for 2020, but you can check the town's website for virtual events like the Firecracker Virtual Five and the Patriots 5K on the Fourth.

Orange Township, located about 17 miles north of Ohio, typically celebrates the Fourth of July with the Olentangy Parade, which starts at Olentangy Orange High School at 10 a.m. and ends at Walker Woods Park around noon.

Usually, you can catch some fireworks at the Olentangy Summer Bash, a day-long festival at Olentangy High School that features food trucks, live entertainment, and a fireworks display to end the event at 10 p.m.

The fireworks have been canceled in Dublin for 2020, but you can check the town's website for new events like an American Spirit Decorating Contest and a Neighborhood Bike Brigade.

18 miles northwest of Columbus, the town of Dublin, Ohio, typically celebrates the Fourth of July with a full day of events and activities, starting with the Independence Day Parade in Historic Dublin at 11 a.m.

The day of celebration continues at 4:30 p.m. with a concert at the Dublin Coffman High School Stadium. Wristbands are required to attend the concert and can be acquired by Dublin residents in advance for $5, but any unsold tickets will be available for free to the general public on a first-come, first-served basis. After the concert, the day closes out with an impressive fireworks display visible from the Dublin Coffman High School Stadium starting at 9:50 p.m.

Just northeast of Columbus, the town of Gahanna usually celebrates the Fourth of July with a full day of activities and events. The day starts 10:30 a.m. with the Gahanna Lions Club Parade, which begins at Clark Hall and ends at Royal Manor Plaza. Then, you can spend some time in Olde Gahanna for the Community Family Day, which features local food trucks and an activity area from 5 to 10 p.m. To close out the event, fireworks launch over the Gahanna Municipal Golf Course, and spectators can tune into CD102.5 for a special soundtrack to accompany the display.

The fireworks in Granville have been canceled for 2020, but the town is still hosting "Together in Spirit" events like home decorating and photography contests. Check the town website for more details.

30 miles northeast of Columbus, the town of Granville, Ohio usually hosts its annual Party in the Park on July 4 starting at 8 p.m. Attendees can buy from local vendors and enjoy live music in Granville's Wildwood Park during the event before the fireworks get going at 10 p.m.

The city has canceled all of the Independence Day events for 2020.

Located just 12 miles southeast of Columbus, the small town of Groveport usually hosts a parade and Fourth of July celebration each year. The events typically kick off with the annual parade starting at 11 a.m. at the Groveport Recreation Center and ending at the Glendening Elementary and Middle School South. Then, from 1 to 5 p.m., there are usually children's activities, food trucks, and live music along Main Street and at the centrally-located Main Stage. Fireworks are launched at dusk but may be rescheduled in the case of bad weather. There's also a Red, White, and Kids Celebration in Groveport usually held on July 2, which features a parade of decorated bikes, scooters, and wagons at 6:15 p.m. down Main Street.

Newark, Ohio, which is located about 40 miles east of Columbus, usually celebrates the Fourth of July a little early with a fireworks display on July 3. Starting at 6 p.m., the Ohio State University at Newark hosts a free concert and fireworks show at the Martha Grace Reese Amphitheater. Local musical groups will perform and vendors on-site will offer food and fun activities.

Celebrate Independence Day with two nights of fireworks in Pickerington, Ohio, which is located about 16 miles southeast of Columbus. On July 3, 2020 head to Victory Park at dusk for a brilliant fireworks display at Pickerington High School Central. and community picnic, and on July 4, 2020, there is a parade scheduled for the morning.

The Civic Park in Reynoldsburg, Ohio, traditionally hosts its annual Independence Day Festival from 6 to 10 p.m. Featuring carnival games, inflatables, and food vendors, this public event is free for all to enjoy. Fireworks will conclude the event starting at 9:45 p.m.

This event has been indefinitely postponed for 2020, but a Front Porch Parade has been scheduled for 9 a.m. on July 4, 2020. Check the city website for more details.

The city of Upper Arlington, Ohio, usually celebrates the Fourth of July each year with a full day of activities. At 9 a.m. on Northwest Boulevard and Zollinger Road, the annual Fourth of July Parade features neighborhood floats, marching bands, antique cars, and other community organizations. After the parade, Northam Park host the annual Party in the Park event, which includes food trucks, live music, and family-friendly activities followed by fireworks at 10 p.m.

Just east of Columbus, the city of Whitehall usually hosts a viewing party for its annual Independence Day Fireworks Show, which takes place on July 3 from 6 to 10 p.m. at the Whitehall Yearling High School Football Stadium. The party features live music, local food vendors, and a variety of family-friendly entertainment followed by the massive fireworks display starting at 10 p.m.

This event has been postponed to Labor Day weekend in 2020.

Worthington typically celebrates Independence Day with a picnic event at Thomas Worthington High School from 4 to 11 p.m. During the Worthington Family Picnic, there will be food presented by a variety of popular food trucks, musical entertainment, and costumed characters, along with Supergames including a zip line, bounce houses, and much more. Fireworks begin at 10 p.m. and can be viewed on the front lawn of the high school or at the football stadium to the west of the school.