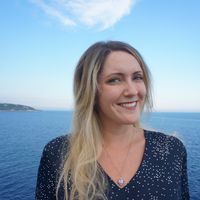 Leslie Patrick Moore
Leslie Patrick Moore is a travel journalist with a focus on luxury travel and hotels. She writes extensively about South Korea, where she's been based on and off since 2011.
TripSavvy's editorial guidelines
In This Article

A vast national park is rarely located within a major city's borders, but such is the case in Seoul with Bukhansan National Park. The mountainous expanse covers 31 square miles in northern Seoul, contains over 100 temples, and is home to 1,300 different plant and animal species. Because over 20 million people live near easy transportation links to the park, Bukhansan holds the title of “most-visited national park per unit area” by the Guinness Book of World Records.

Bukhansan National Park is named for Bukhan Mountain, which features three main peaks and means “mountain north of Han River.” Bukhansan is the highest mountain in Seoul and is visible from many areas of the city. Since the area formed the northern border, a fortress was built here in the second century to protect against foreign invasions.

The national park was formed in 1983, and it has become one of the most visited national parks in the world. The heavy foot traffic has led to a series of environmental policies and restrictions to preserve the park for generations to come.

Bukhansan National Park is brimming with granite peaks, flowing streams, and wild forests. Nature lovers flock to the park to hike, watch for local birds, and take in the pristine beauty. Apart from the abundant nature, the park also has many cultural and historical attractions, from temples to fortresses.

First built in the 11th century, Jingwansa Temple is one of the major temples dotted around Seoul. It’s famed as a center for education and contained an impressive library built to educate Confucian scholars. Sadly, the original temple was burned down during the Korean War, but has since been restored to its former glory. The temple still maintains a dedication to higher learning. It’s now a training facility for female monks and offers temple stay programs for visitors curious about monastic life.

Photographers will love the colorful architecture, vast gardens, and Buddhist statuary at Hwagyesa Temple, perhaps the prettiest temple in Bukhansan National Park. Founded as a hermitage in 1522 and nestled in at the foothills of Samgak Mountain, it’s now known as “the temple of 3,000 bows” due to the practice of 3,000 bows that are undertaken by residents on the last Saturday of every month.

As the northern border of the ancient city, Bukhansan Mountain was a natural barrier to foreign invasion. But to make the city even more secure, Bukhansanseong Fortress was constructed in the second century. The impressive stone fortress is still standing (the original fortress was destroyed, but the current version dates from 1711), and is an impressive example of Joseon Dynasty period architecture.

Hiking is the main activity in Bukhansan Nation Park and there are plenty of trails to explore throughout the area. However, because Bukhansan receives so many visitors, trails are often closed on a rotating basis to protect them from overuse. As you enter the park, make a stop at the visitor center to find out which trails are open on the day you're visiting.

Where to Stay in the Park

Camping isn't allowed in the park, so staying within the park is only allowed by participating in temple stay programs at one of the Buddhist temples. These Korean temple stay programs provide visitors with an inside look at temple life through programs focused on meditation and Buddhist culture and tradition. Participants eat simple vegetarian fare and sleep on the floor in shared rooms, but the cost is reasonably priced and the experience is priceless.

Where to Stay Nearby

There are countless options of hotels to stay in Seoul, from homey guesthouses to international hotel chains. Even though the national park isn't within walking distance from the city center, it is accessible by public transit so you can stay anywhere in the city and choose your favorite neighborhood.

For even more options in the city, check out a roundup of the best Seoul hotels.

The multiple entrances to Bukhansan National Park are easily accessible from anywhere in Seoul via subway and bus. To enter on the west side of Bukhansan National Park, take subway line three (the orange line) to Gupabal Station, choose exit one, and then ride a bus to the Bukhansan Mountain Entrance bus stop. To enter on the east side of the park, take subway line four (the light blue line) to Suyu Station, followed by a quick walk, taxi, or bus ride to the park entrance.

Taxis from Seoul Station to the nearest entry point cost only about $15. If you have a car, there’s plenty of parking if you opt to drive but you'll need to pay a parking fee.

Tips for Your Visit