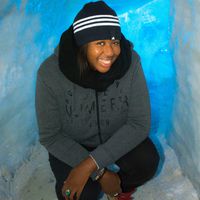 Nicole Brewer
University of Michigan
​Nicole Brewer is a Black serial expat based in Oman. She documents her life living abroad and traveling the world on her blog iluv2globetrot and is the author of "A Guide to Landing an English Teaching Job Abroad."
TripSavvy's editorial guidelines

The best time to visit Nairobi is from late June to October, which is the dry season and an excellent time to view wildlife. Due to the elevation of Nairobi, the year-round temperatures are often quite mild. However, in the late summer months, going into fall is when tourists can enjoy magnificent views of animals throughout the bush and the stunning beaches along Kenya's Eastern coast.

During this time, popular tourist activities include visiting the Nairobi Snake Park or the Nairobi National Park and Sheldrick Elephant Orphanage. But no matter when you decide to visit Nairobi, this guide will help you prepare for your trip to the “Green City in the Sun.”

Due to Nairobi's 5,400-foot elevation, the year-round temperatures are relatively warm. From December to March, you can experience average temperatures between 77 and 82 degrees F during the day. Additionally, Nairobi has two different rainy seasons. One is a long rainy season lasting from mid-March to May and then a shorter rainy season which begins from late October through December.

Nairobi is home to a host of cultural festivals and events which run throughout the year. Some of these include events like the Madaraka Day festival held in the summer months and Kenyatta Day and Jamhuri Day held later in the winter months. Nairobi is also home to the country's longest-running music festival, the Kenya Music Festival, which showcases an array of African artists.

The city also hosts a mix of religious events and festivals due to having both Christians and Muslims represented throughout the city. Locals are known to celebrate the Muslim festival of Eid al-Fitr and Ramadan. During Ramadan, tourists can expect many stores to be closed during the day until sunset when local Muslims break their fast.

There are tons of attractions in Nairobi to enjoy year-round. Some include the Nairobi National Museum, The Nairobi Giraffe Center, Nairobi National Park, and the Karen Blixen Museum. From museums and safaris to shopping and city tours, Nairobi has visitors covered with things to do.

Visitors should note that the best time to plan Nairobi tourist activities is during the dry months of July through October and in January and February. These are the best times for going on safari, as you do not want to visit the parks during the rainy months. Avoid planning a visit during the rainy months of March to May and from late October to December. Also, bring adequate clothing, mostly dressing in layers so you can dress up or down depending on the conditions.

In January, tourists can expect warm spring-like temperatures averaging around 80 degrees F in the day time. However, in the evenings, the temperatures can drop to the mid-50s after sunset.

Events to check out: January is a fabulous time to enjoy wildlife watching due to it being during the dry season. The end of January is also when Nairobi Restaurant Week begins.

February is the high season in Nairobi, Kenya. The days tend to be hot and dry, with temperatures continuing in the 80s.

Events to check out: The annual International Safaricom Jazz Festival is held in February, featuring community-based acts and international performers.

March is the start of big annual rainfalls in Nairobi and throughout Kenya. It is an affordable time to visit, however roads can be a bit unbearable, but it’s a great time for wildlife sightings due to the amount of still water for animals to drink.

Events to check out: Wildlife watching is customary in March in watering holes and wetlands. The annual Kenya Kite Festival also takes place in March.

April showers are prominent during this time, making it difficult for tourists to move about due to heavy rains. Thus, making it even more difficult to spot wildlife.

Events to check out: Locals tend to celebrate Good Friday and Easter Sunday, which are public holidays with small gatherings. Many establishments will be closed for these holidays.

Spring showers continue through May, bringing about lush greenery around the city. However, the rains let up by late May, making the horizon shine bright with stunning views by the end of the month.

Events to check out: Local Kenyans celebrate Labor Day by attending events in Uhuru Park hosted by the government.

By June, rain showers finally subside, and brighter days begin. By mid-June, the annual migration of zebra and wildebeests begin by the millions.

Events to check out: The annual Madaraka Day festival is held on June 1 to celebrate self-rule in Kenya. Madaraka in Swahili means “authority or ruling power.” The NBO Film Festival also takes place from early to mid-June annually.

Temperatures are warm in July, with an average temperature in the high 70s F making it an ideal time to visit. Tourists can enjoy an array of safari options during this high seasonal time. July also offers the lowest amount of rainfall in Nairobi.

August is also part of the high season for visiting Nairobi. Average temperatures are mild in the mid-70s F but if you’re planning a visit, make sure to book your accommodations early as prices can be steep with low availability.

Events to check out: The Kenya Music Festival is typically held in August over a 10-day period in Nairobi, bringing about international acts and a host of African performers from across the continent.

September is another drier and cooler month in Nairobi, making it a great time to visit the bustling city. Highs average in the lower 70s F.

Events to check out: The Nairobi International Trade Fair begins in late September; the Agricultural Society of Kenya hosts.

Late October is the start of the short rainy season. However, it is still a fantastic time to visit as it’s the beginning of both the migratory bird and wildebeest season for those interested in safari drives.

Events to check out: Nairobi hosts the international rugby Tusker Safari Sevens. It brings about world-class rugby players for the annual tournament.

November brings about more short rainy periods, with an average of 2 inches of rain overall throughout the month. However, the short rains are perfect for animal watchers as it minimally disrupts the animal viewing.

Events to check out: The formal Maulid Festival takes place outside of Nairobi in Lamu, which is when Muslims celebrate the birth of Prophet Mohammed. However, tourists can expect to see locals having smaller gatherings within Nairobi city and at parks and establishments.

December is an ideal time to visit Nairobi due to magnificent mild weather and affordable prices since it is not high season. The city is primarily lush and green, offering incredibly scenic views.

Events to check out: The annual Pawa Festival is a street festival that hosts various visual and performing artists. Also taking place in December on an annual basis is the Jamhuri Day festival, celebrating when Kenya officially became a republic.

Frequently Asked Questions
Was this page helpful?
Thanks for letting us know!
Tell us why!