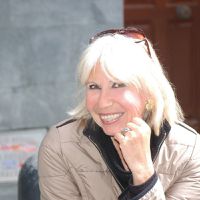 Imagine a mountain that looks just like Mount Fuji from a distance, houses precariously hanging from a sheer cliff, one marvel of Gothic and Renaissance architecture after another and a spot of witchcraft and you get an idea of what diverse and fascinating sights the rather provincial town of Tarazona in Aragon, Spain, has to offer.

Located about 50 miles from Zaragoza's far more urban city, Tarazona is an ideal place for lovers of art, history, and the outdoors. The latter is provided by the vast Nature Park of Moncayo, in the middle of which sits the Fujiyama-esque mountain and is crisscrossed by many hiking and walking paths.

Tarazona’s historical buildings are lined up in a rather compact way along both sides of the Queiles River, a contributory to the Ebro. Pedestrian areas allow easy access to the Cathedral, Renaissance Town Hall, and Jewish quarters. A short car (or bicycle ride) away is the castle of Trasmoz, associated with witchcraft, the impressive Veruela Monastery, and the starting point of forays into the Moncayo. Add the Cipotegata festival and a trendy festival of summer cinema as well as art exhibitions, and you’ll see the reasons why Tarazona is worth far more than just a day trip from Zaragoza.

Marvel at the Cathedral of Nuestra Señora de la Huerta

Tarazona’s cathedral is one of the best examples of Gothic architecture in Aragon. Consecrated in 1211, elements of Renaissance art have been added over the centuries. Most remarkable are extraordinary paintings in the interior, which have led to the chapel being called the "Sistine Chapel of Renaissance Spain." These paintings were hidden under layers of plaster for many years and have only recently been rediscovered after many years of restoration. Since 2011, the full splendor has been made accessible to the public with a religious service of re-consecration.

Climb Up to the Bishop's Palace

Perched high on a sheer drop to the Queiles, this Renaissance palace was once a military fortress during the time of Moorish rule in Spain, then served as a local seat for the Kings of Aragon until it was bought by bishop Calvillo in 1386 and became a bishops’ seat since then. The steep climb up over many steps from the promenade along the shore of the river leads past shops selling specialties of Aragaon, especially ham and cheeses, and the entrance to the Jewish Quarter. Inside the palace, a coffered Moorish ceiling attracts special attention. Often art exhibitions take place here too.

Lift Your Eyes to the Hanging Houses

Tarazona’s Jewish quarter is one of the best-preserved and most important of Aragon. Many steps and narrow alleys connect the old and new parts of the quarter, each with its own entrance. In its heyday, more than 70 families lived here. However, the most spectacular view is the hanging houses, glued to the same sheer drop as the Bishop's Palace, with their distinct hanging balconies all dangling over the Queiles far below. According to a decree of the times, the distance between the balconies had to be two elbow length.

Tour Around the Bull Ring

Tarazona’s old bull ring is remarkable for more than one reason. Built between 1790 and 1792, it has an octagonal rather than round shape. In fact, it consisted of 34 apartments with huge balconies overlooking the space in the middle where bullfights took place. The owners of the apartments rented their balconies out when there was a fiesta. Nowadays, there are no more bullfights, and the apartments have reverted to their original purpose of elegant (and expensive) dwellings with arches, big balconies, and some rounded walls.

Listen to the Clock of the Town Hall

Town halls tend to be rather functional and sober public buildings, but the one of Tarazona is a different story. Built between 1557 and 1563, the building at the Plaza Mayor first served as the stock exchange before becoming the town hall. The Renaissance façade is richly carved with mystical figures of the nearby Moncayo region and an elaborate depiction of the coronation of Carlos V in Bologna. A delicately wrought iron bell tower rises in the middle with a clock chiming the hour on the hour.

Tarazona’s oldest church, dating from the 12th century, is yet another example of the mixture of architectural styles so typical for the buildings of Tarazona. The colorful altarpieces are from a much later date than the oldest part, and even later came the slim Mudéjar style bell tower, which gracefully overlooks the church.

Have a Coffee in Hostal Santa Águeda

It isn’t often that a small hotel serves as a private museum because the owner is an enthusiast. This is the case of Hostal Santa Águeda. Raquel Meller, a famous vedette of the 1920s who also performed in Paris, was born in Tarazona. The lobby has been transformed into a shrine to the singer with unique photos, theater posters, and memorabilia of Tarazona’s most famous daughter. Moreover, the owner is a walking encyclopedia of Tarazona history and happy to talk about it.

Around 12 miles from Tarazona, at the foot of the Moncayo mountain park, lies the tiny village of Trasmoz. The story of its derelict, looming castle is closely related to witchcraft, supposedly practiced by its inhabitants during the Middle Ages, and the subsequent brutal persecution by the Spanish Inquisition. Part of the castle is a museum which can be visited by appointment. Each year in July, Trasmoz bursts with visitors because of its colorful witchcraft festival, bringing history to life.

Meditate in the Monastery of Veruela

On the way to Trasmoz, you come past the Monastery of Veruela. It’s a Cistercian Abbey founded in 1146, remarkable for its beautiful gardens and thick towers and walls. The history is closely connected to that of Trasmoz, and the abbey has attracted several artists. Most famous among them the Spanish poet Gustavo Becquer who spent time in Veruela where he wrote his famous series of letters, published in 1868.

If you happen to visit Tarazona in August, you will be able to participate in a unique festival: Cipotegato, held on Aug. 27, in honor of the Parton saint San Atilano. The Cipotegato is a jester, dressed in a harlequin costume of red, green, and yellow, who jumps into the middle of the crowd gathered in Plaza Mayor and tries to reach the other side whilst he is pelted with tomatoes. If he manages to get across, he climbs up to the statue of a Cipotegato opposite the Town Hall and is declared the Cipotegato of the Year. The festival continues until Sept. 1, with a lot of other fun festivities.

10 Best Things to Do in Tarazona, Spain