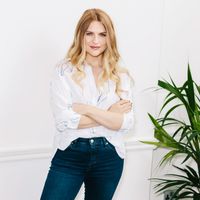 The Dutch have been brewing beer for centuries with hop gardens and breweries first appearing during the Middle Ages. While the Netherlands is known for its world-famous pale lagers like Heineken, Grolsch, and Amstel, in recent years more and more smaller breweries are producing their own craft beers and the scene continues to grow.

Brouwerij 't IJ is small, modern, and very popular brewery located next to the only windmill in Amsterdam’s city center. Opened in 1985, it serves a wide selection of house beers with even more seasonal and small-batch brews. You can tour the brewery, visit the tap room, and on a sunny day you can enjoy a pint al fresco.

Haarlem been an important brewing city in the Netherlands since the 14th century. Jopenkerk is a former church that has been transformed into a brewery, restaurant, and cafe. Try the High Beer, which is a selection of three beers and matching bar snacks. The brewery is small so they don’t run tours but you can watch the brewers at work Monday to Friday from either the cafe or restaurant.

Brouwerij de Molen's beers were originally brewed in the De Arkduif windmill on the banks of the Oude Rijn river, hence the name. Nowadays, the main brewery is up the road but small batch craft beers are still brewed at the mill. There are guided tours of the brewery and a beer-inspired restaurant with over 20 beers on tap, which can all be ordered in tasting sizes. Each year, Brouwerij de Molen puts on a festival where guests can sample beers made by breweries from around the country.

The four founders of Oedipus Brewing, Alex, Paul, Sander and Rick, began selling their beer at art and music festivals in 2010. Oedipus now has a brewery and taproom in Amsterdam-Noord, where you can have beer tastings, beer dinners (where they partner up with a restaurant to create an exclusive menu), or enjoy live music. If you want to try extra-fresh beer visit on a Friday, from 4 to 8 p.m., where you can sample a beer straight off the bottling line. Try Mama, an easy drinking pale ale; or the sour, mango-infused Polyamorie, for something a little different.

Texel Brewery, in an old dairy on the island of Texel, has been producing beers since 1999. There are 12 different beers to try, each brewed with fresh water, filtered through dunes. You can reserve a brewery tour online, where you'll learn about how the beer is made and will be able to taste four different brews. Try the multi-award winning Bock: an autumnal beer with a caramel-like flavor.

In Leiden, you’ll find Stadsbrouwhuis, a microbrewery and tap room serving 30 rotating beers, including those made on site. In summer, you can sit outside and enjoy the views of the Leiden canal. The staff are knowledgeable, so they can recommend the right beer for you, or you can try a beer flight, accompanied by a selection of bar snacks. Try the SBH Blond #1, an easy drinking pale beer available year-round.

At the Abbey Koningshoeven, on the outskirts of Tilburg, La Trappe beer is brewed within the abbey walls and under the supervision of a monk. Silence and tranquility is a core value for the monks, so the beer is brewed in peaceful surroundings. You can visit the brewery to learn about the sustainable processes and social initiatives, sample the beers in the tap room (from the pale PUUR to the very strong Quadruple Oak Aged beer). Then you can head to the shop and discover what other items, from chocolate to cheese, are made on site.

At Sancti Adalberti's Egmond brewery in Egmond aan den Hoef, which opened in 2009, the founder Peter Lassooy wanted to create the most sustainably produced organic beer. The brewery offers hour-long tours or two-hour-long tours with tastings, that begin and end in the cozy tasting room. There are six beers to sample; give the malty Pastoral, with hints of caramel and lime blossom, a try.

All About the Heineken Experience in Amsterdam
Was this page helpful?
Thanks for letting us know!
Tell us why!
Back to List

Where to Find the Best Craft Beer in the Netherlands