Megan Romer
Megan Romer is a travel writer focused on southern Louisiana. She has a background in tourism marketing and has written for TripSavvy since 2011.
TripSavvy's editorial guidelines
Fact checked by
Leila Najafi 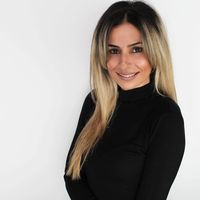 This comprehensive, small-group, cross-city tour is perfect for those who only have a short time in Paris, but it also works well as an orientation tour on the first day of a longer trip. Beginning in the historic artsy neighborhood of Montmartre, with its famous funicular and the grand Sacre-Coeur cathedral, the tour moves by Métro and on foot across the city, including stops at the famous cathedral of Notre-Dame de Paris, the massive Louvre museum and the Eiffel Tower, where you’ll get a line-skipping pass to take the elevator up to the second level. At the end of the long day (10 hours!), your guide will leave you with a ticket for a one-hour boat cruise on the Seine River. If you’re too tired, you can use the ticket on a different day of your trip, but it’ll be just about sunset as the walking cruise ends, so it’s a pretty time to take a boat tour.

If your Paris plans involve seeing as many museums and monuments as you possibly can, you won’t find a better deal than this package tour, which combines both a comprehensive sightseeing pass including most of the city’s famous attractions as well as hop-on/hop-off access to a web of buses that get you between them and throughout the city. On the possible docket: the Centre Pompidou, the Louvre (these first two both with skip-the-line entry), the Musée d’Orsay, the Musée Rodin, the Arc de Triomphe, the Orangerie, the Opera Garnier, the Basilica of Saint-Denis, Sainte Chapelle, the Tour Montparnasse, several chȃteaux and oodles more. If the 15 hop-on/hop-off bus stops don’t include the neighborhood you want to visit, fear not: the pass also includes free use of the city’s bus and Métro system. This tour can be purchased in two-, three-, four-, and six-day increments.

Private tours are a fair bit pricier than group tours, but if you want a personal touch and maximum flexibility, they’re absolutely worth it. This tour is led by a local guide who knows the city backwards and forwards. You’ll plan ahead with him in advance and explain your interests — Museums? Performing arts? Food? — and he’ll plan it all out, pre-purchase all of the necessary tickets and get all other necessary details coordinated. The morning of your tour, he’ll meet you at your hotel and off you’ll go! The best part: Between your planned sightseeing stops, you’ll pop into his favorite little shops, markets and eateries on your route, so you’ll see a side of Paris you don’t see much of on larger commercial tours, and pick up ideas for where you might stop on later days of your visit.

The Seine River cuts through the heart of Paris and many of the city’s most famous monuments — the Eiffel Tour, Notre Dame Cathedral, the Louvre and so many more — are visible from its UNESCO World Heritage-listed banks. This evening cruise (with departure options at 6:15 and 8:30 p.m.) glides you slowly past them all while you sip champagne, dine on traditional French cuisine and enjoy live music, immersed in the sheer romance of the city. The four-course meal is top-notch, with selections including items like foie gras, roast sea bass, duck breast with cherries, a carefully-selected cheese board, and a chocolate-raspberry millefeuille. The boat departs near the Eiffel Tower and returns passengers there at the finish of the cruise.

Pedaling around Paris is a favorite (and often necessary) activity for locals and visitors alike. This three-hour, small-group bike tour takes advantage of the efficiency and convenience of the city’s general bike-friendliness and lets you cover lots of ground while still being able to see, hear and smell all the lovely things that Paris has to offer. Your guide will lead you throughout the central part of the city, past the Louvre, Les Invalides, the Eiffel Tower, the Tuileries Gardens, the Arc de Triomphe and more. The tour moves through relatively flat areas and is suitable for anyone of any age who can ride a bike comfortably.

Bakeries and patisseries offer a curse of plenty in food-loving Paris — there are only so many meals a person can eat, after all, and each corner bake shop looks more tempting than the last, with overwhelming displays of croissants, macarons and more. Let a professional guide show you through some of the best of the St. Germain neighborhood’s best chocolate and pastry shops, from the old-fashioned to the avant-garde, while using the city’s culinary traditions to illuminate diverse aspects of its history and culture. The walking tour lasts about three hours and guests can sample the goods at five to six different establishments.

The Louvre is the world’s largest and most-visited art museum. Its massive collections include over 38,000 displayed pieces of art in over 780,000 square feet of public space, which is to say…well, it’s a lot. Because of its sheer size and the breadth of its collections, the Louvre is genuinely difficult to get a handle on, and a tour guide can be an invaluable resource. They’ll provide navigation through the massive, multi-winged palace, showing guests a curated selection of highlights (including, of course, famous pieces like the Mona Lisa, Venus de Milo and the Winged Victory, and plenty of lesser-known but still important and beautiful pieces), and give insight as to the techniques and historical context of the art and the people who made it. This tour also conveniently allows guests to skip the typically-long lines and, if they so choose, to upgrade to a private guide.

Undoubtedly the eeriest attraction in Paris, the underground catacombs are also one of its most interesting. Stretching under a vast portion of the city, this network of caves and tunnels was originally a series of mines, from which most of the stones that built the city were quarried, and later, when above-ground cemetery space became scarce, turned into a repository for the bones of generation upon generation of Parisians. Some of the tunnels are available for the public to explore on their own, but there are more that can only be seen with a tour guide (for vandalism concerns, mostly, but also because it’s really quite easy to get lost down there). On this tour, which allows guests to skip the line (often several hours long), your guide will take you through some of these special-access tunnels, all while explaining the history of the city and of the macabre catacombs themselves.

Best for Kids: Paris Walking Tour for Children and Families

Designed and led by Parisian moms, this walking tour takes a small group of kids on a child-led adventure through the Left Bank. The tour will stop at the Jardin du Luxembourg, where kids can sail toy boats, ride on the famous carousel and watch a puppet show. Other stops include the Natural History Museum and the Museum of the Middle Ages, as well as the Grand Serre, a giant jungle-like greenhouse in the Jardin des Plantes. The children get to map out their route, and with only five kids per tour, they’ll have plenty of personalized attention and can ask all the questions they can possibly think of. Parents are welcome to join, though they’re also invited to drop the kids off and take a few hours for themselves. The tour is specifically geared for kids ages 7 to 12.