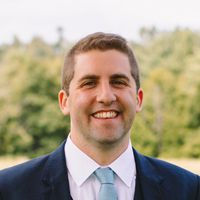 Sam Hayes
Sam Hayes is a Massachusetts-based writer who specializes in lifestyle, health, and travel. He covers an array of golf-related topics for TripSavvy.
TripSavvy's editorial guidelines

"An essential addition to any golfer’s bookshelf."

Best Improvement: Golf is Not a Game of Perfect at Amazon

"Can help you improve your golf game, but not by teaching you the best way to swing a club."

"The true story leads to an epic climax at the U.S. Open."

Best Memoir: A Life Well Played: My Stories at Amazon

"A great memoir from one of the most popular and accomplished golfers in the 20th century."

"A fun and funny novel completely centered around golf."

Best by a Coach: The Big Miss: My Years Coaching Tiger Woods at Amazon

"Has consistently been one of the best and most popular golf books around."

Best Amateur: Bogey Man: A Month on the PGA Tour at Amazon

"What makes this book a classic is the wit and insight Plimpton shares on the game."

Originally published in 1957, and re-released in the 1980s, Ben Hogan’s Five Lessons: The Modern Fundamentals of Golf is an essential addition to any golfer’s bookshelf. The book’s age may mean that you can find it cheap, but it does not mean that the lessons packed between the book’s covers are outdated. Often described as “timeless,” this easy read tells golfers exactly how to improve their game, no matter their skill level.

Ben Hogan is one of the best golfers ever, winning nine major tournaments, including the British Open, the Masters and the U.S. Open all in his 1953 “Triple Crown” season. Aside from excellence on the course, however, Hogan also believed that any golfer can shoot below 80 and develop a consistent, high-level swing. In Five Lessons, Hogan shares the wisdom he has learned with step-by-step instructions and illustrations that will make you feel like you're receiving a one-on-one lesson.

Best Improvement: Golf is Not a Game of Perfect

Golf is Not a Game of Perfect can help you improve your golf game, but not by teaching you the best way to swing a club. Written by golf performance consultant Dr. Bob Rotella, Golf is Not a Game of Perfect focuses on the mental preparations and discipline needed to succeed in golf. Rotella has experience coaching the mindset of golf, consulting with players like Nick Price, John Daly and Tom Kite, who wrote the book’s forward.

In Golf is Not a Game of Perfect, Dr. Rotella uses a casual tone and plenty of anecdotes to teach his advice on golf. Among the topics he covers are why it's more important to be confident when preparing for a putt than to be technically sound, and why fun and focus are both important in the tee box. This book is great for any amateur golfer who wants to improve or anyone who finds themselves feeling too angry after a bad shot.

Author Mark Frost may be best known as co-creator and writer of the cult television classic Twin Peaks, but he has also written several excellent historical books about golf. The Greatest Game Ever Played: A True Story is a 2002 non-fiction book about the 1913 U.S Open at The Country Club in Brookline, MA and its participants: Francis Ouimet, a Brookline native, and Harry Vardon. The book follows the two men through their lives from childhood and examines the social barriers of golf at the time.

What makes Frost's book so great isn’t just the character study of these two men or the examination of golf as a game in this era, but it’s that the true story leads to an epic climax at the U.S. Open, which has become a seminal moment in golf history. The Greatest Game Ever Played was also made into a great 2005 Disney movie directed by Bill Paxton and starring Shia LaBeouf.

Arnold Palmer’s A Life Well Played: My Stories is a great memoir from one of the most popular and accomplished golfers in the 20th century. Featuring a forward from Jack Nicklaus, the New York Times Best Seller is filled with stories and anecdotes that will entertain and inform just about everyone. Die-hard golfers will enjoy reading about the details behind his four wins at the Masters. Arnie’s Army will love reading about his personal life and childhood, complete with photographs. Casual golfers will get an insight into the business side of The King and how he helped bring the PGA to the cultural significance it has today in America.

This golf Hall of Famer also wrote advice and lessons that golfers today can still use. His lessons aren’t just about how to play on the course, but how to conduct yourself and maintain quality relationships with others.

Most golf books are non-fiction histories, biographies or instructional texts. However, famed sportswriter Rick Reilly, from Sports Illustrated and ESPN, crafted a fun and funny novel completely centered around golf.

The story follows a group of four male friends who love golf and live in suburban Massachusetts. Their regular golf course is shabby and next to one of the best, and most exclusive, in the world. The four of them make a bet to see who can play at the elite Mayflower Country Club first. As the competition starts, so too does the friendship unravel, in this well-reviewed novel. The book examines friendship and class differences in golf, but with levity and laughter that any golfer will love.

Best by a Coach: The Big Miss: My Years Coaching Tiger Woods

While there are a lot of biographies and memoirs by former golfers, there are just as many by coaches and caddies. However, despite the glut, The Big Miss: My Years Coaching Tiger Woods by Hank Haney has consistently been one of the best and most popular.

Haney writes about his experience as Tiger Woods’ coach from 2004 through 2010, when Woods won six majors and a third of the tournaments he entered. This book is unique due to the access that Haney had with one of the most famous athletes in the world, staying at Woods’ home and talking to him most days. The book chronicles Haney’s work on Woods’ swing and how the two worked together as well as extensive insights into Tiger as a person rather than a golfer and the complexities that come with that talent and fame.

Best Amateur: Bogey Man: A Month on the PGA Tour

Journalist and writer George Plimpton became well-known in sports writing circles for attempting to compete in professional sporting events and then writing about the experience. In Paper Tiger, Plimpton is the backup quarterback to the Detroit Lions in the preseason. In Out of My League, he pitches in a Major League exhibition game. He also played Hockey and sparred with famous boxers. In Bogey Man, Plimpton set his sights on golf, working to play on the PGA tour during the 1960s, with Jack Nicklaus and Arnold Palmer.

Bogey Man describes Plimpton experience on the PGA tour for one month and describes his attempt to compete. But what makes this book a classic is the wit and insight he shares on the game, the caddies, golf advice, tour superstitions and famous golfers. It’s a fun and unparalleled read.

Wildly popular and hugely influential, the New York Times compared Harvey Penick’s Little Red Book: Lesson and Teachings from a Lifetime in Golf to the Elements of Style for golfers. The Little Red Book contains all of the wisdom that its author, Penick, absorbed over his life.

Starting as a caddie when he was eight years old, Penick worked with a variety of great golfers. The Red Book is the notebook he kept filled with his lessons he learned over time. The book uses a very simple tone and explains complex golf lessons without confusing golf vocabulary. Golfers of any age or era can use the basic lessons from this book to improve their swing and the way they approach the game. It has become a time text and a true golf classic.

Was this page helpful?
Thanks for letting us know!
Tell us why!
Continue to 5 of 8 below.