The Best Places to See Dance In Its Origin Countries

Grace Smith is a writer, editor, and creative strategist. Smith's work has appeared in Real Simple, Elite Daily, and other publications.

Humans have always danced—whether as part of religious rituals, entertainment, cultural traditions, or as pure self-expression. Psychologists and sociologists note that the “synchronous movement” of dancing together can elevate our mood, improve our memories and boost our feelings of connection. The same feel-good activations occur as we watch dance too, pulling us into a larger tradition that has marked the shift of time and culture. Here's where dance lovers can go to experience key styles across the globe.

Rumba originated in the mid-19th century, combining the drumming of enslaved Africans with the music of Spanish colonizers. Rhythmic, fiery, and often marked by exaggerated hip movements, the Afro-Cuban dance was primarily performed on street corners and as a lively method of rebellion. At times it was banned or forbidden due to its sexuality and “dangerous” suggestiveness—after all, rumba does translate to “party.” Over time, the style shifted, picking up new variations like the ballroom style most prominent in the U.S.

These days, rumba is the only dance performed throughout the year and during national holidays. Its cultural complexity makes it a distinctive aspect of Cuban heritage and is widely taught throughout the country.

Where to See It: Every Sunday, you can find a variety of bands and dancers performing from 12 p.m. to 4 p.m. at Callejon de Hamel in Havana. This narrow alley is full of colorful murals, found object sculptures, and food and drink stalls, and it is the prime place to watch rumba where it started.

The origins of hula are unclear, with each island of Hawaii claiming to be the birthplace of the practice. Native Hawaiians can trace the dance's roots to spiritual beliefs, with the hula said to have first been performed by native goddesses.

Between 1830 and 1832, performing the hula was illegal—due to the spread of Christianity, converted Hawaiians began to frame it as "immoral." After Queen Ka'ahumanu died in 1832, many islanders ignored the law and continued its practice, but it wasn't until 1874 that the style was officially adopted again. Modern hula comes in two forms. Hula kahiko is more traditional, while hula'auana combines ancient hula with Western influences.

Where to See It: The Kūhiō Beach Hula Performance in Waikiki is one of the only free all-Hawaiian shows on Oahu, aiming to foster respect for native culture. Live musicians accompany the act, and the dancers might even offer lessons to the audience. Shows may include narration, translations, explanations of myths, and more. The performance is held from 6:30 p.m. to 7:30 p.m. on Wednesdays and Saturdays. During November and December, the ceremony is held from 6 p.m. to 7 p.m.

Now a national symbol, flamenco originated in Southern Spain from a melting pot of influences across Latin America, the Caribbean, and other parts of Europe. Flamenco incorporates poetry, singing, guitar, dance, rhythmic hand-clapping, and finger-snapping. In the mid-nineteenth century, the dance spread rapidly to Spanish cities due to increased urban migration and a rise in foreign tourism.

Spain's elite classes initially rejected flamenco due to its association with the Roma population. However, the passionate style became a fiery symbol of Spanish culture over time, eventually a lure for many visitors to the country.

Where to See It: Seville is home to two famous flamenco palos (styles): tonás and sevillanas. It's also home to the Flamenco Dance Museum, which details the history of the dance and offers live performances in a thorough introduction to the style.

The annual Brazilian Carnival is where the samba—a lively Afro-Brazilian style—thrives. Evolved in Rio de Janeiro by the 20th century, the infectious dance can be witnessed in parades, bars, live performances, and streets at any time of the year. However, in early February or March, coinciding with the beginning of Lent, samba schools create elaborate floats and routines to compete against each other during the Parade of the Champions, a peak celebration. Instruments like drums, guitars, and horns provide the backdrop for this quick, rhythmic dancing. Oh, and did we mention that there are multiple styles?

Where to See It: If you want an authentic look at Brazilian samba, swing by Bip Bip in the rowdy Copacabana neighborhood. This hole-in-the-wall bar delights locals and tourists alike with free samba performances on Thursdays, Fridays, and Sundays after 8 p.m.

While frequently associated with Russia, ballet originated during the Italian Renaissance as popular courtly entertainment, then flourished in France. King Louis XIV established many ballet schools during his reign, which is why ballet terminology is thoroughly French. One of our favorites? The pas de chat, which means "step of the cat."

The widespread popularity of ballet in France helped to solidify the dance style as fine art. Today, a school that Louis XIV founded—The Paris Opera Ballet—still performs and trains many of the art form's finest dancers. They go on to perform with many European and international ballet companies.

Where to See It: Visit the Opéra Bastille, a modern opera house in the 12th arrondissement. This December, The Paris Opera Ballet will perform "Swan Lake," and in the spring, they'll perform other showcases and tributes to influential figures in ballet that will introduce you to the style. You'll want to plan ahead, as tickets frequently sell out.

It may take two to tango, but it only takes one plane ticket to see tango. Much like several other styles on this list, the tango resulted from a mix of African and South American styles in the late 19th century, melting together in the dance halls and brothels of Buenos Aires. The tango is a social dance requiring two partners and was initially most popular among the working class.

By 1915, the dance took off as a trend in fashionable European cities. Some call it a more light-spirited version of the flamenco, smoothed down and slowed down as a more serious, melancholy style. Nowadays, it’s valued worldwide but especially appreciated in its home country of Argentina.

Where to See It: Tango espectáculo stage shows are tightly-choreographed performances by professional dancers, including extensive lifts and tricks. Check out the Astor Piazzolla Theatre for one such show nestled in the heart of Buenos Aires. The ticket includes two drinks and the 60-minute performance for $90, and doors open at 9:30 p.m. You can even add a private tango class. 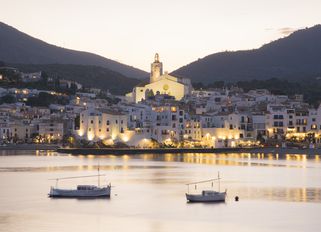