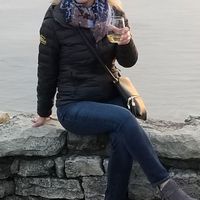 Kelly Magyarics
​Kelly is a travel, food, beverage and lifestyle freelance journalist whose work appears in a variety of online and print publications.
TripSavvy's editorial guidelines

In the movie “Yesterday,” an unknown cosmic event erases all traces of The Beatles and their music. Main character Jack Malik, a struggling musician, decides to take it upon himself to reintroduce everyone to the songs of the most famous forgotten band because as another character puts it, “a world without The Beatles is a world that’s infinitely worse.” Whether you’ve just discovered the group’s songs after watching this film or have always been a loyal fan, here are five places around the country that pay homage to John, Paul, George and Ringo and their indelible mark on the world of music — and the world itself.

Beatles Exhibit at The Rock and Roll Hall of Fame

Drumsticks used by Ringo Starr during a concert in Cleveland’s Public Auditorium in 1964. A suit worn by George Harrison during a 1966 tour. Paul McCartney’s handwritten musical score and notes for “Birthday.” A Hofner Senator electric guitar purchased by John Lennon in Germany and used for practice and in the studio. Cleveland’s Rock Hall, as it’s called, is a must for any music fan, and its impressively vast collection of letters, lyrics, instruments, photographs will bring sheer joy to any fan of the Fab Four, who were inducted into the Hall of Fame in 1988. New additions include an Archibald Ramsden upright piano where Lennon and McCartney composed iconic songs like “I Want to Hold Your Hand,” “And I Love Her,” and “We Can Work It Out.” Long live rock, indeed.

Inspired by conversations in 2000 between George Harrison and friend Guy Laliberté, one of the founders of Cirque du Soleil, this vibrant psychedelic trip loosely tells the story of the rise, fall and (fictional) reunion of The Beatles. During the three-time Grammy Award-winning show audience members experience interpretations of fictional characters like Eleanor Rigby, Lady Madonna, and Sgt. Pepper through costumes, choreography, digital projections, and acrobatics from 65 performers on aerial Russian swings, trapeze, bungee and inline skates. The soundtrack features new mash-ups and interpretations of 26 Beatles songs from Giles Martin, son of legendary Beatles’ producer Sir George Martin. Each seat is fitted with three speakers, including one in the headrest, so you’ll never miss a beat.

This tranquil spot in Central Park is a memorial to John Lennon, who spent the last years of his life in New York with wife Yoko Ono and son Sean Lennon before being tragically gunned down nearby. Lennon took the title for the song "Strawberry Fields Forever," by the way, from the name of a Liverpool orphanage where he used to spent time playing with the kids.  A collaboration between Ono, landscape architect Bruce Kelly and the Central Park Conservancy, Strawberry Fields is a designated quiet zone and was dedicated on October 9, 1985, on what would have been Lennon’s 45th birthday. A Greco-Roman mosaic from the city of Naples, Italy, is inscribed with the title of Lennon’s most famous solo song: “Imagine.” Shady elm trees and benches are joined by blooming flowers in the warmer months and a plaque listing the 121 countries that recognize it as a Garden of Peace.

Amid the ice cream shops and all-you-can-eat seafood buffets in this family-friendly East Coast beach town, you’ll find a Beatles-themed pub that’s been around since 1982. Heavily influenced by the group while growing up, owner Bill Dillon named his restaurant after the last album they recorded (Astute fans will point out that “Let It Be” was the last one released.) Obviously there are references on the menu, from a Sgt. Pepper burger to a Penny Lane sandwich; a weekend Beatles Breakfast features Bungalow Bill’s Benedicts and Sexy Sadie’s Sides. Each week the venue welcomes local and regional artists to the stage, and you can head home with merch like hooded sweatshirts and baseball caps printed with their logo and cartoon of the Beatles' iconic walk across the namesake London street.

It may seem completely random for Beatles sculptures to be installed in this small Arkansas town, but it all stems from a visit by the group on September 18, 1964, when they landed their small plane at the local airport en route to a getaway at a dude ranch in southern MIssouri. Word quickly spread and when they returned to the airport a few days later to depart they were surrounded by fans. Today, the park’s "Abbey Road" sculpture created by local artist Danny West with life-size carbon steel plate silhouettes of the group from the album cover is a perfect photo opp. It’s accompanied by a street scene with more than 30 hidden references to titles and names that uncover themselves as the lighting changes throughout the day. The park is also the site of a yearly music festival in September.

5 Beatles Spots to Visit in the U.S.