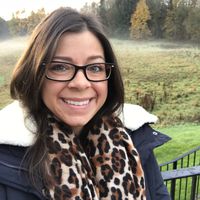 Courtney Kellar
Courtney Kellar is a writer with nine years' experience and has visited nearly 30 countries across six continents. She has lived in Phoenix for 20 years.
TripSavvy's editorial guidelines

August is a harrowing month to visit Phoenix. Sonoran Desert summers are sunny, hot and can be unforgiving to unprepared travelers. That being said, August in Phoenix also presents some unique opportunities for those willing and able to handle the heat. It’s offseason for area resorts and restaurants, and many offer special summer pricing – making an affordable trip to the Valley of the Sun in August easily accessible.

If you want to spend the majority of your time in Phoenix in the great outdoors, you might reconsider visiting in the month of August. Heat advisories are frequently issued, and extreme temperatures will test even the heartiest hiker. As a result, most events will be held indoors, and it’s a great chance to see popular area attractions without crowds. If you have your heart set on visiting Phoenix in August, we’re sharing some tricks of the trade to help you safely get the most out of your visit!

In addition to the summer months in Phoenix being the hottest of the year, it’s also monsoon season. Monsoon season in Arizona is from June through September and brings with it the risk of flash floods and dust storms (a.k.a. haboobs). Flash flooding can cause inconvenient road closures, and dust storms can lead to dangerous driving conditions due to low visibility. A lot of locals love monsoon season due to the chance of rain, but if you’re visiting from an area where storms are the norm, you’ll likely be less than impressed.

It is true that Phoenix summers offer a “dry heat” compared to most U.S. destinations, but don’t let that fool you. While humidity is fleeting, extreme desert temperatures can still be dangerous and should be taken seriously.

It’s important to keep in mind that on especially hot days (temperatures can get as high as 115 degrees Fahrenheit in August), the low may not fall below 100 degrees Fahrenheit. Meaning there might be little relief even after sunset!

With such high temperatures, it can be awfully tempting to wear as little clothing as-is decent, but sun protection is important to remember. After all, there’s nothing worse than getting severely sunburned on your first day of vacation! If you’re going to be spending time outdoors during the day, light, breathable fabrics that offer protection from the sun are best. Quality sunscreen is also a must-have, and don’t forget a hat in addition to your sunglasses. Bucket or sun hats that will cover your ears are best for extended time in the sun. Also, of course, don’t forget to pack your bathing suit. Whether you wear it poolside or at the resort’s spa, it will be impossible to resist a dip to cool off. If you’re planning on hitting the trails, it’s best to invest in hiking boots. Desert trails are rife with rocks, cacti, and the occasional pest—all of which a solid pair of boots will help deflect. Packing a reusable water bottle is also a great idea! You’ll want to stay hydrated, and having your own water on-hand will come in, well, handy!

August in Phoenix is more low-key in terms of events because the weather limits the populations who can be outside for extended periods of time (keep a close eye on kiddos and the elderly). However, those attractions which boast air conditioning will be buzzing with usually-active locals anxious to get out of the house.