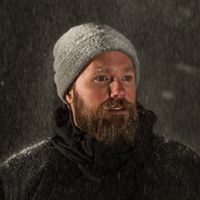 The Atoll 11-Foot Inflatable Stand-Up Paddle Board is a portable inflatable stand-up paddleboard that delivers rigid board performance in a complete package to take it out on the trail or the road.

We purchased the Atoll 11-Foot Inflatable Stand-Up Paddle Board so our reviewer could put it to the test. Keep reading for our full product review.

Atoll is a Huntington Beach, California-based inflatable stand-up paddleboard company that, interestingly, offers only one size and model of board, claiming that it’s perfect for all users. To see if this flagship board delivered on that concept, my friend and I tested it on flat water high up in the Rocky Mountains. We assessed its performance over several weeks, evaluating factors such as durability, glide, stability, and maneuverability as well as the overall package and value.

Pumping up any inflatable SUP means you’ll likely get an arm workout even before you paddle (unless, of course, you leave the board inflated between uses). That said, Atoll’s accompanying pump feels as efficient as possible; it features two-stage pumping, meaning it fills both on the pull up and push down.

Once you’ve inflated the board until it feels almost full, you pull a plug on the pump and force those last few PSIs of pressure into the board with one-way filling. I thought this was hard work but found that it helps the board stay as stiff as possible—which is something you’ll need when you’re balancing and steering it in the water.

This board comes in three colorways: Light Blue, Desert Sand, and Army Green (the last of which we tested). Both sides of the board are emblazoned with the brand’s logo of a buffalo standing on a paddleboard. It also includes several helpful accessories: a three-piece carbon fiberglass paddle with a nylon blade, a 10-foot coil leash, 15 D-rings, an 8-inch composite fin, a pump, and a backpack-style carrying bag.

The board itself measures 11 feet long, 32 inches wide, and 6 inches thick. It weighs 22 pounds—one of the company’s lightest models to date—and is made from machine-laminated dual-layer PVC. This PVC is made with drop-stitch technology, which essentially means that the two layers are sewn together with thousands of fine polyester filaments, ensuring that the end product is exceedingly durable when inflated. According to the manufacturer, its recommended weight capacity is 300 pounds for a single rider, though it can hold up to 450 pounds with multiple riders as long as the weight is distributed evenly.

The included fiberglass paddle is adjustable and solidly built—not just a budget toss-in that you’ll want to replace after a few uses. The included leash also feels like a high-quality model you’d find on a surfboard.

The carrying pack was well-padded and delivers on details like strong hip and chest straps, which is especially important when carting around something as bulky as a deflated 11-foot paddleboard and its accessories. I also appreciated the fact that it had several cinch straps on the outside, allowing you to crank the bag down over its contents and keep everything from shifting as you move.

One drawback of this bag, however, was that my friend, who is 5-foot-2, found that it was too long for her to carry comfortably. Because the bag’s straps are stitched in place, we couldn’t figure out a way to adjust it to fit her properly.

Performance: Rigid and decently maneuverable, but big for smaller paddlers

Once it’s properly inflated, the Atoll feels rigid and stable—something I noticed immediately when I stepped onto it in the water. I didn’t notice the flex that’s common in some cheaper inflatable options.

Also, its shape, rugged construction, and 6-inch thickness made it easy to cruise along. However, this thickness did have one drawback compared to surfboards or fiberglass SUPs (which are often in the 2- to 4-inch range): During a windy day of testing, I could really feel the wind catch the board, forcing me to fight more to stabilize it via paddling.

While this board is advertised as perfect for all customers, a shorter paddler might have a bit of trouble.

In terms of speed, inflatable SUPs tend to be slower than their solid counterparts, but I felt that the Atoll is firm enough for the difference to be marginal. Another area where inflatable boards fall short is in their turning capabilities. Since the Atoll is designed as a flatwater board, I never expected it to turn on a dime but was pleasantly surprised at what I observed: The pointed and slightly upturned nose made it more maneuverable. Although it’s a step ahead of larger platform inflatables, it’s still not a precision wave surfer, and it takes some effort and time to wheel it around.

Also, a few friends of mine who are shorter and lighter than me (I’m 6 feet tall and 190 pounds) tested the board and found it especially difficult to maneuver. Again, while this board is advertised as the perfect SUP for all customers, a shorter paddler might have a bit of trouble.

I never expected it to turn on a dime but was still pleasantly surprised.

Price: Affordable, but not the cheapest around

This SUP package is originally priced at $729.99, but depending on the season, you may be able to find it on sale for approximately $600. It’s hard to beat either price for a complete package that’s built to last—plus, it has a 60-day money-back guarantee and a two-year warranty against any manufacturer defects.

In the same price range as the Atoll is this model from TOWER, another American speciality SUP company that gained popularity after it was featured on the TV show Shark Tank. I also tested this model and found that the main difference between the two boards is their length—the TOWER is 8 inches shorter than the Atoll, so if you’re on the shorter side, you may prefer its ride and handling. However, do note that the TOWER is missing most of the accessories that come with the Atoll, so if size doesn’t bother you, the Atoll is the better value overall.

Need some help finding what you’re looking for? Check out our list of the best inflatable paddleboards.

A great value and comfortable for most riders.

Aside from the fact that my shorter friends thought that this board was slightly too big, I felt that overall, the Atoll 11-Foot Inflatable Stand-Up Paddle Board offers a complete SUP package at a competitive price.