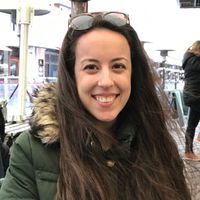 Caitlin Morton is a freelance writer based in Kansas City. Her work has appeared in Condé Nast Traveler, Vogue, and many other publications.

As we inch closer to the holiday season, vacation rentals are looking increasingly appealing. Spreading out in a temporary home certainly allows for more social distancing than, say, rubbing elbows in a hotel elevator or lobby. But Airbnb is here to remind us that rentals do not equal absolute freedom. On Tuesday, the company announced plans to crack down on rowdy New Year’s Eve parties this year, with new policies taking effect immediately.

The main takeaway is this: No one can book a one-night NYE stay on properties listed as entire homes unless they have a history of positive reviews. Airbnb will add stricter restrictions on two-night reservations, using their technology to screen guests on last-minute bookings. So if you don’t have some positive reviews, then no two-night stays for you. (Note that both policies only apply to bookings made in the U.S. and Puerto Rico, Canada, Brazil, Australia, New Zealand, France, Spain, and the UK.)

This is not the first time Airbnb has regulated holiday celebrations. The company piloted similar protocols for New Year’s Eve 2020, during which 243,000 guests were denied bookings based on their review histories. “We estimate that these efforts achieved our objectives of reducing disruptive parties,” the company said in its announcement. There were also rules on July 4 and Halloween 2021 in both the U.S. and Canada, which dropped disruptive incidents by over 49 percent compared to previous years.

All these announcements piggyback off of Airbnb’s global party ban, which rolled out in August 2020 and is still in effect. The ban prevents groups of 16-plus from making any reservations and encourages community members to report any disruptions or loud parties using the site’s Neighborhood Support page. Guests who are reported are subject to suspension or removal from the platform. Additional measures have included discounts for noise detection devices for Superhosts, stricter house rules (like quiet hours and occupancy limits), and removing the “event-friendly” search filter on the website and app.

Before you start thinking of Airbnb as a giant wet blanket, think back to the recent horror stories of temporary tenants gone wild. In 2016, The Times reported that riot police were sent to a flat in Brixton, London, after a party of 150 people went off the rails. (One neighbor even said that a partygoer landed onto his balcony from the floor above.) In 2019, Airbnb was pushed to tighten up its policies after five people were killed in a shooting at a Halloween party (with more than 100 people in attendance) in a Northern California home rental. Sure, they’re extreme examples, but they make it easy to view this global party ban as a downright necessity.

Planning a Rager at Your Airbnb? Think Again
Was this page helpful?
Thanks for letting us know!
Tell us why!