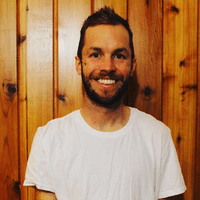 "Bill, you've got to tell him about the breakfast club in Taipei."

I've been speaking with Len Zanni and Bill Gamber—two of three co-owners of outdoor gear darling Big Agnes—on Zoom for about an hour. But before letting me hop to another long meeting, Zanni enthusiastically insists Gamber tell me about the "breakfast club" in Taiwan.

Gamber obliges and proceeds to explain how their business trips worldwide to meet with suppliers, distributors, and other partners are based around outdoor recreation. On one such trip, they chose a hotel that looked to be near "some jungle and cool mountains" on a satellite map. It was. And on a morning trail run, Gamber and other Big Agnes staff on the trip came across a "group of retired guys" at the top of a mountain.

"These guys are just whipping up stuff," Gamber said of the men preparing mountaintop tea and noodles. They don't speak any English. Gamber and crew don't speak Taiwanese. But the men invite them to partake in the early morning refreshments. "It's become a thing that we've done quite a few times now," Gamber explained with growing amusement. "So, anybody that goes with us to Taiwan, we're like, 'we've got to go to breakfast club!'"

It was that moment of our conversation that confirmed why we picked Big Agnes as an Industry Leader for our 2021 Editors' Choice Awards: The people behind the brand care—and would rather talk—more about getting outside than turning a profit. But over the past two decades, Big Agnes has done both, growing from a scrappy small-town operation to a global outdoor gear leader. Despite that growth, it has stayed true to its community roots along the way.

This year, in particular, has been a big one for Big Agnes, which is named after a mountain in the Mount Zirkel Wilderness Area just north of its headquarters in Steamboat Springs, Colorado. The company celebrated its 20th anniversary. It introduced the Sidewinder SL and Camp sleeping bag lines, which feature a front ambidextrous zipper for side sleepers. Then, it announced its first line of backpacks to be released in spring 2022, which will be constructed entirely of 100 percent recycled nylon fabric. The packs will also feature an attached "trash can," which Zanni and Gamber are particularly giddy about.

Big Agnes also began making two of its most popular tent lines—the Tiger Wall and Copper Spur—with solution-dyed fabrics that save on energy and water consumption and improve the material's durability. And it committed to moving to 100 percent renewable energy to power each of its three U.S.-based facilities, including its downtown Steamboat Springs headquarters, its warranty and repair center just outside of Steamboat, and its distribution center in Salt Lake City.

Gamber first moved to Steamboat Springs from Pennsylvania in 1990. "I moved to Steamboat just like everybody else," Gamber said on our Zoom call. "You know, looking for better snow and bigger fish." He grew up hunting and fishing in Pennsylvania but soon gravitated towards skiing, rock climbing, and triathlons. "Snowmobiles and motorcycles. That was sort of my upbringing," he recalled.

When Gamber moved to Steamboat, he brought BAP!—an acronym for Bwear Action Products—the fleece apparel company he launched from his dorm room in 1985. "That is the foundation of everything we do," Gamber said of BAP!, which still has a retail shop in downtown Steamboat. "It was a gritty, small-town brand."

Big Agnes was officially created in 2001 with a newfangled backcountry sleep system, which included a sleeping bag with a sleeve on the back to hold a sleeping pad. Gamber and his business partner at the time conjured up the system from a common problem: Sleeping outside could be a suffer-fest. At the time, Gamber's personal backcountry sleep system consisted of a sleeping bag with no temperature rating and a three-quarter's length pad that was less than an inch thick.

"We'd camp in the desert, and it'd be hot as hell, and I climbed the northwest face of Half Dome and bivvied on the wall, and I'd freeze my ass off," Gamber said. "But I just figured that's what it was like to go camping. I figured you go camping, and you suffer."

The first plan was to fix that. So Gamber began by making sleeping bags and pads in the back of BAP!. "Like, we actually sewed our own samples," he said. Once Gamber and his original partner had a sample of their sleep system ready, they tested it in a snow cave they dug near Gamber's house near the Strawberry Hot Springs outside of Steamboat. "We froze our asses off," Gamber remembered of the initial test. "The system was comfortable, but we had to figure out how to make it work."

They did just that and soon took the original sample to Outdoor Retailer, the industry's largest and most important trade show. Despite going to Outdoor Retailer without any actual manufacturing or business plan, they gained some attention and momentum with the groundbreaking pad-in-sleeping bag concept. In particular, the Air Core Sleeping Pad, which compacts into about the size of a Chipotle burrito but, when self-inflated, could give multiple inches of loft between the camper and ground. "We were able to take a much thicker, more comfortable pad into the backcountry because it was lighter and could compact smaller," Gamber said.

From there, things went wild for Big Agnes. The Air Core won some awards. Zanni and Rich Hagar bought out Gamber's original partner and became co-owners with Gamber. They introduced the first line of Seedhouse superlight tents and began racking up more industry awards for their products.

Gamber knew things were taking off for his small, "gritty" company on a trip to the Appalachian Trail Days Festival. Soon after the Seedhouse tent line launch in 2004, Gamber walked through the tent village at the Trail Days Festival and noticed just two Big Agnes tents in a sea of hundreds of tents. Five years later, Gamber said he returned, and there were hundreds of Big Agnes tents. "We thought we were making this incredibly specific ultralight product that ended up rolling into the mainstream," Gamber said. "To be honest, it was incredibly humbling. We're just this gritty company from Steamboat, and holy shit, everyone is buying our product."

That connection to Steamboat—its land and community—has been integral to Big Agnes's success and growth. Gamber says their biggest gear critics are their employees and friends in town. "People in Steamboat get out and get after it," Gamber said, noting the town's proximity to mountain and desert climates. "People expect a lot out of their gear. And if they had any issue with it, they'd come find us. They'd come in and say, 'you should fix this!'"

But it's also been good for many of their innovative ideas. "A lot of our ideas come from people in the community," Gamber pointed out. Putting a "trash can" on the side of its forthcoming backpack line stems from Big Agnes staff living in Steamboat and getting outside. The trash can is a seven-liter pouch that can be packed or attached to the larger versions of the upcoming backpacks. It will also be sold as a stand-alone product. "That's flat out because we all hate seeing trash on the trails," Gamber said, also noting how trash from people tubing on the Yampa River, which cuts right through downtown, can be a problem. "There's shit in the river, and it drives me nuts."

"That's where our crew getting outside, living in a town like Steamboat that has good access to the outdoors, it breeds common sense product development. If you make it super convenient for people in the outdoors to bring trash home, it makes it cleaner. It's that simple."

Big Agnes has pushed that passion for keeping the outdoors pristine by adopting about 75 miles of the Continental Divide Trail, which passes through the mountains near Steamboat. It's one of many things Big Agnes does for Steamboat and the greater Routt County and Yampa Valley communities.

In 2015, Big Agnes, BAP!, and Honey Stinger, also founded and owned by Gamber, collectively won the Business Philanthropist of the Year Award from the Yampa Valley Community Foundation (YVCF). The award is based on nominations from Yampa Valley-based nonprofits. "That's a pretty big deal in our community because Steamboat is so philanthropic," pointed out Helen Beall, the community impact manager at YVCF, noting there are more than 100 nonprofits in the Yampa Valley.

"Big Agnes doesn't just sit back and wait for the request to come to them," Beall explained about what sets them apart from other local businesses. "They actively seek out things to improve in the community. That's what makes them stand out in a very philanthropic crowd."

Tom Leeson, Steamboat's deputy city manager who has been involved in city government on and off since Big Agnes's beginning, says the brand has remained consistent. "In their growth and expansion, they continue to be that staple in our community and committed to the city of Steamboat Springs," Leeson said. "They provide great primary and well-paying jobs for the community. Big Agnes, in particular, has grown up with the city. As the city has grown, so have they. There's parallel growth."

Steamboat has had no shortage of major outdoor gear brands. Smartwool and Boa Technologies were both founded and incubated in Steamboat Springs. But while Smartwool and Boa have left, Big Agnes has stayed put. According to reporting from The Colorado Sun earlier this year, it's estimated that Big Agnes alone has a $15 to $20 million annual impact on the small mountain town's economy.

Talking with Gamber and Zanni makes at least two things clear. First, they still love getting after it outside. Both are more eager to talk about their latest outdoor pursuits and ask about the mountain range behind me in the Zoom shot rather than bottom lines and business goals. Second, Big Agnes is at the self-actualization phase of the company lifecycle.

Sure, Big Agnes will launch its backpack line this coming spring, and it will probably garner a ton of awards. It'll also release a "three-in-one" sleep system, which Gamber called the "most versatile system" the company has introduced. But it's also accepted and welcomed the role as a major global player in a burgeoning outdoor gear market.

"We've been really non-political running Big Agnes," Gamber said. "We just try to run this outdoor gear company. But it's become a global brand. And all of the sudden we're like, 'man, people watch us.'"

Now, more than ever, Gamber says they feel responsible for introducing people to the outdoors and being an influencer to other outdoor gear brands.

"We introduce products sometimes that we know won't sell very well but might get attention, just to bring attention to a new concept," Gamber said. "Making a big deal out of solution dye will help challenge the rest of the industry to continue to improve.

"We also need to help educate people and how to take care of the outdoors and public lands even more," Gamber explained. "And the whole conversation now is more our responsibility than it used to be because of the size of our company and our reach."